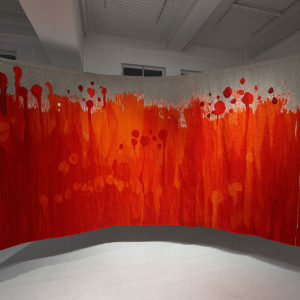 The mindscape described in the theme “Red Scenery”
is expressed by weaving.
The lycoris is an interesting plant.
It is beautiful on the outside,
eerie on the inside,
and toxic.
In addition, there is a superstition
that a fire might start
if the lycoris is brought into the house.

People also show different sides of themselves
and when I watch scenery where lycoris blooms
I think of such things
and such thinking leads to this work.

Most cultures try to balance public words and private intentions
and it might be that the Japanese try harder than most.
We try always to avoid expressing opinions that might create difficulties
even if it means not expressing our real opinions.

People who speak openly and honestly are considered “characters”,
and so it is a part of our culture to try to feel the atmosphere of the group
and to make an effort to be part of that group,
and I live in that situation.

The mind often struggles with the conflict between words and intentions
and I think many people everywhere, and certainly most Japanese,
have to deal with the feelings that arise in us when we confront this conflict
we can get excited or depressed or irritable.

In this work I have entrusted those feelings to red.
The mindscape described in the theme “Red Scenery”
is expressed by weaving.
I would like the viewer to feel wrapped in this work
to draw out the feelings through the red colors. 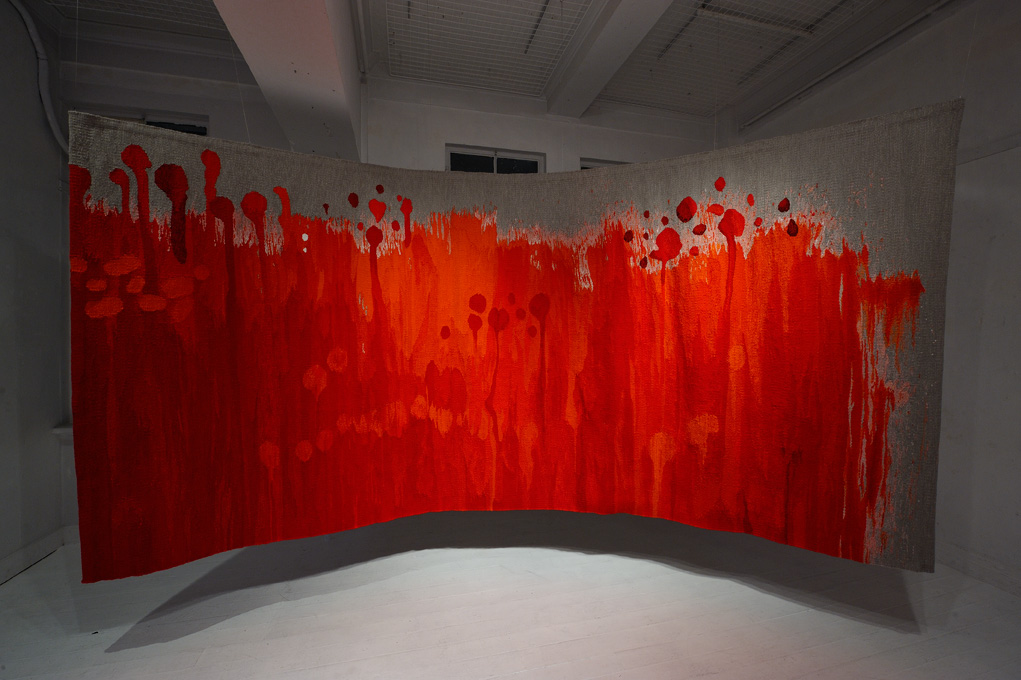 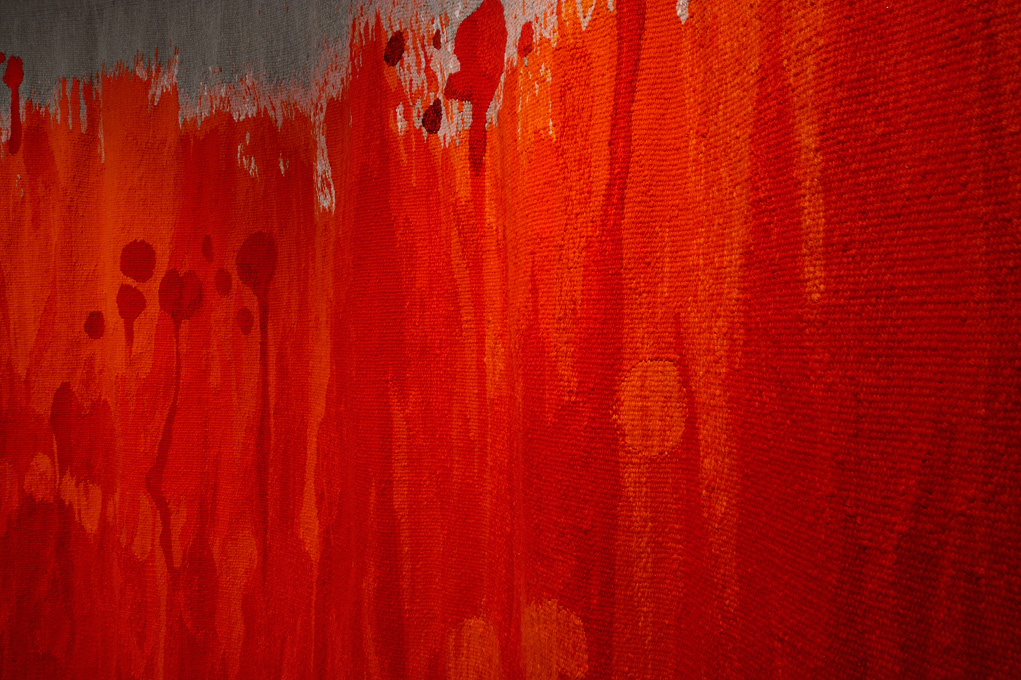 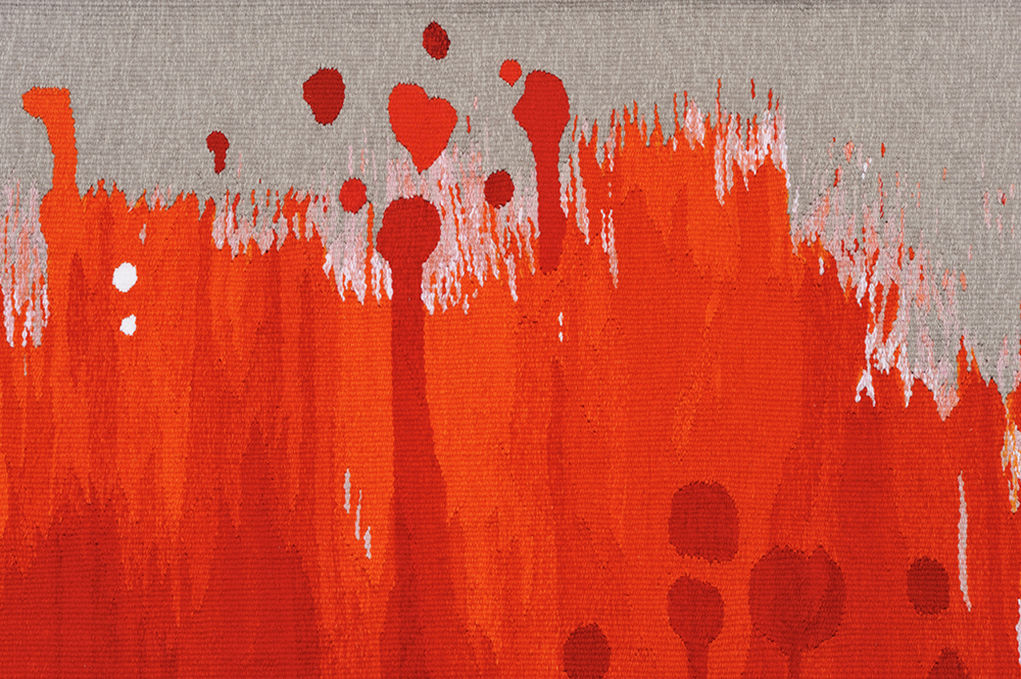 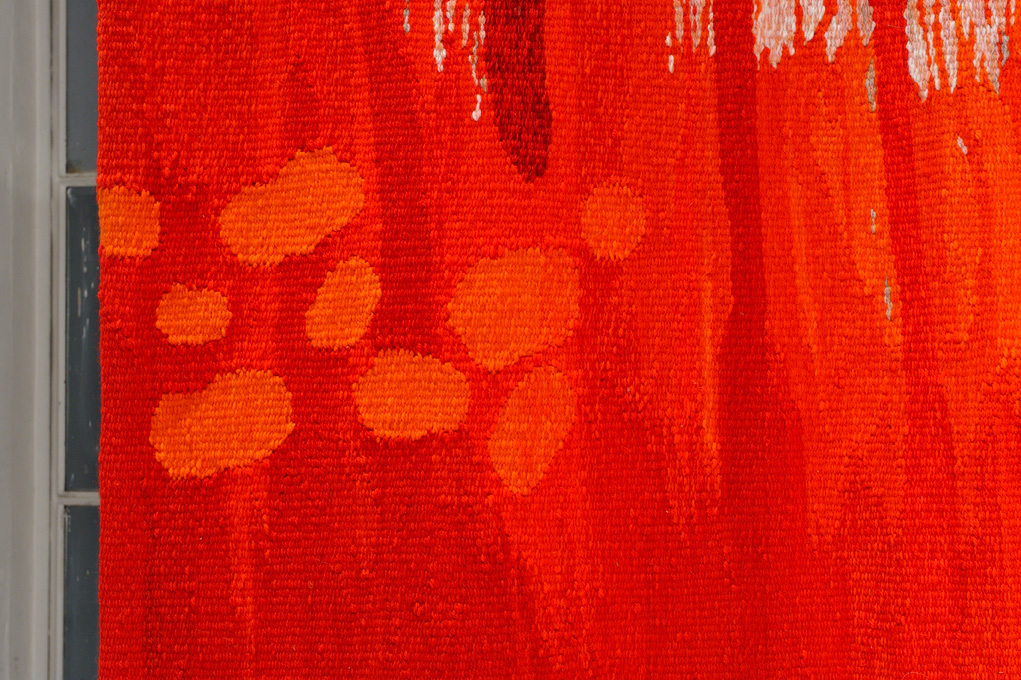